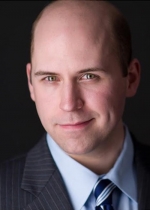 Andy Nogasky teaches acting, directing, and theater history among other courses at Snow College.  His instruction draws upon his award-winning professional career as both actor and director.  Andy is a proud member of AEA and has performed professionally on both stage and screen, in many off-Broadway shows, on national tours, and with prominent regional theatres such as The Guthrie Theatre, Actor’s Theatre of Louisville, and George Street Playhouse. He has also toured with the nation’s oldest and most acclaimed Shakespearean touring company, The Acting Company, performing in repertory across the country and teaching the Bard to students at many levels.

Andy received his Masters in Fine Arts from Mason Gross School of the Arts, Rutgers University, under the direct tutelage of experts in the Meisner technique, Uta Hagan’s work, Michael Chekhov movement method and Fitzmaurice vocal production and has studied the craft of acting and performance from prestigious directors ranging from the Royal Academy of Dramatic Arts in London to the creative artists who formed The Atlantic Theatre Company in New York. He is excited to bring the art of theater to a new generation of students and share in their artistic journey.