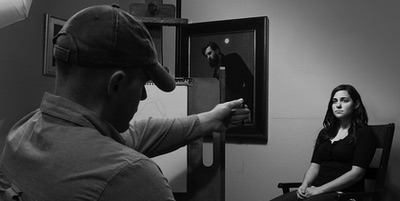 In this workshop, artists will work from the live model and complete several portrait drawings on toned paper. Scott will demonstrate his method for tonal portrait drawing and share his technique for modeling form with white chalk/conte and graphite. Artists in the workshop can expect daily one-on-one critiques and group discussions that will cover anatomy, light, form, and technique.

Scott was born and raised in Central Florida. He received his BFA from Florida State University, studied at the Florence Academy of Art and the Waterstreet Atelier in NYC. In 2006 Scott moved with his wife to New England where they now reside in Rhode Island with their two kids and pets. Scott’s work has been featured in numerous exhibitions and galleries including: Cavalier Galleries, Meredith Long and Co. and Joshua Liner Gallery. His work has also appeared in several publications including: American Art Collector Magazine, Drawing Magazine and Star Wars Art: Visions.