March 28, 2022 – Robert Nielson, Snow College Athletic Director and Head Coach of the Men’s Basketball team, announced today that he will be stepping down from his coaching duties.

“It has been a great run coaching here,” said Nielson. “I’ve enjoyed working with outstanding students every day. I’ve accomplished what I set out to do and I’m looking forward to new adventures.”

Nielson will maintain his duties as the Athletic Director, but leaves after coaching for 10 seasons, compiling a 188-116 record. Snow College also won the conference title in 2017 and 2019 under Nielson’s direction. The Badgers also made an appearance in the National Tournament for the first time since 1970. During Nielson’s tenure 23 players have continued their playing careers at the D1 level and eight former players are playing professionally.

“I’m proud of the players that have come through this program,” said Nielson. “We have always tried to recruit the best players, and more importantly good students as well.”

The mens basketball program maintained a GPA over 3.0 each year and has had more than 40 academic all-americans.

“I look forward to continuing my role as the athletic director and helping to build successful programs with all of our athletic programs,” said Nielson. “I have a love for Snow College and plan to help in any way I can.”

“We congratulate Coach Nielson on his retirement as head coach and his successful season, which ended with the team being invited to the 2022 national tournament for only the third time in college history,” said Snow College President Bradley Cook. “Hundreds of student athletes have been mentored by Rob in his 35+ year career, and we acknowledge and appreciate his deep influence both on and off the court. Rob has elevated the Badger Basketball program and will continue to support all students in his leadership roles at the institution. We wish Rob well as he adjusts to life without practices and quieter winter months with his ever-supportive wife, Kathy.” 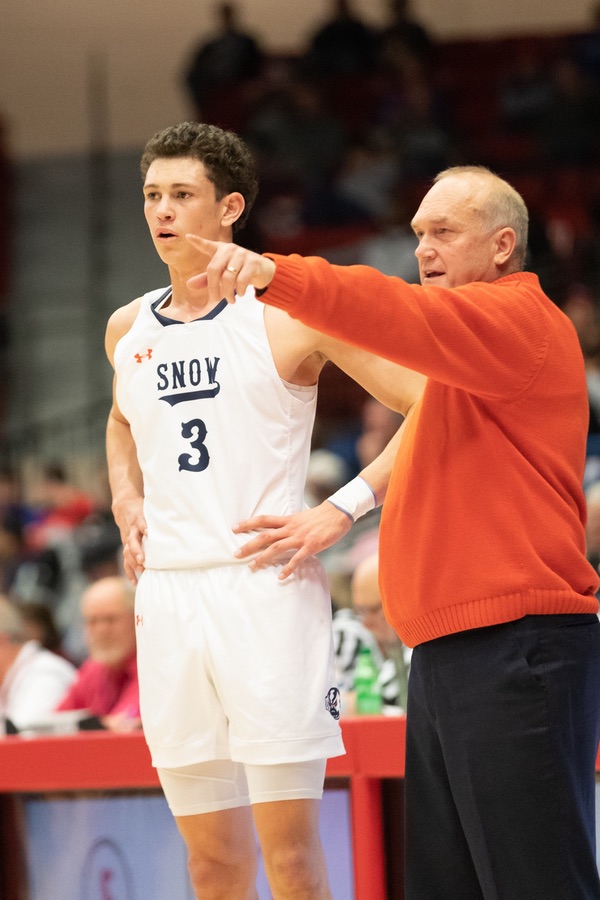 Snow College, founded in 1888 by Utah pioneers, is a two-year college with campuses located in Ephraim and Richfield, Utah. Serving nearly 6,000 students, the college has been nationally recognized for its student success rates, affordable cost-for-value, involvement opportunities, and exceptional teaching. Learn more about all Snow College has to offer online at snow.edu.