The 2022 Snow College Jazz Festival features special guest artists, Kassa Overall (Geri Allen, Vijay Iyer) and Chase Baird (Brad Mehldau).  The festival will be held at Snow College in the Eccles Center for the Performing Arts on the Snow College campus.  This one-day festival celebrates jazz through performances, clinics and special performances by our amazing guest artists.  High School, junior high school, and middle school jazz ensembles, jazz combos, and vocal jazz groups are invited to perform.  The festival is non-competitive, and each band has a performance slot followed by an in person clinic with all of the guest artists/faculty.  It is a great way to prepare your band for upcoming adjudicated performances.  All jazz enthusiasts are invited to attend.  The Festival is hosted by Phil Kuehn, Director of Jazz Studies, and Vance Larsen, Chairman of Music, Snow College.  The cost is $150 per group/school.

Register for the JCU Jazz Festival 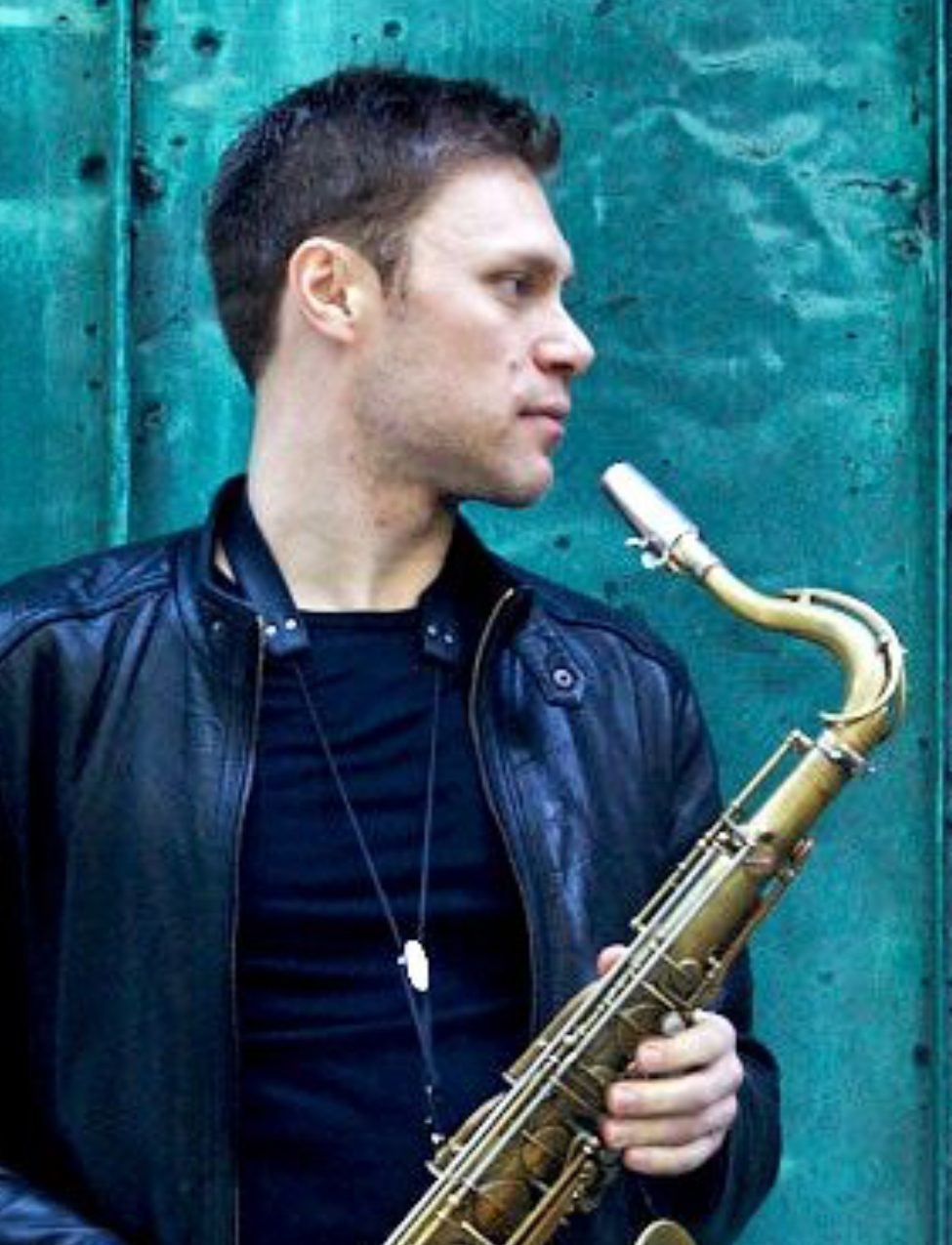 Part experimental rocker, part classical romantic and part hard-bop devotee, saxophonist and composer CHASE BAIRD has been described as "... the future of jazz music and the saxophone" by Grammy Award-winning trumpeter Randy Brecker. His latest album, A Life Between, covers a vast emotional terrain with a band comprised of modern jazz’s most revered innovators. Grammy-winning drummer Antonio Sanchez and 5-time Grammy-nominated pianist Brad Mehldau are veteran companions alongside new-generation talents Nir Felder, guitar, and Dan Chmielinski, bass. Critics have declared the album “…a truly inspired, dare we say, epic recording complete with progressive singularities and sonic cosmicalities.” Since 2017, Chase has been an active member of drummer Antonio Sánchez’s band, Migration, recording both saxophone and EWI (Electronic Wind Instrument) on the groups’ acclaimed album Lines In The Sand. He shares the virtuoso percussionist’s interest in performing both hard-hitting and tender material—often within a single tune. Chase also performs with multi-generational progressive jazz quartet Venture, featuring jazz drum legend Mike Clark, multi-instrumentalist Mark Sherman and electric bassist Felix Pastorius.  The band dances between hard-bop roots and accents of funk and fusion on their first studio collaboration, Life Cycle, released on Ropeadope Records in May 2018. Born in Seattle and raised in Salt Lake City, Chase picked up the saxophone at age ten.  He was discovered and mentored by tenor saxophonist Michael Brecker in 2003. He received his first major press recognition when the British jazz magazine Crescendo observed him holding his own in jam sessions with the seasoned stars at the Lionel Hampton Jazz Festival. As a high school student, he also participated in prestigious youth jazz programs through both the Monterey Jazz Festival and National Foundation for the Arts. Chase attended California State University Long Beach from 2007 to 2009 and later graduated from The Juilliard School in New York City, where he studied with Ron Blake, Steve Wilson, Joe Temperley, Frank Kimbrough and Rodney Jones among others. Chase has since worked as a sideman with such jazz artists as Mike Stern, Antonio Farao, Thana Alexa, Christian McBride, and Julian Pollack as well as popular artists Chaka Khan, Matthew Morrison, Jakob Dylan, Chloe Agnew and Diana Degarmo.  In January 2017, he performed a Jazz at Lincoln Center concert celebrating the life and music of Michael Brecker, playing his own original, “Ripcord”–with former President (and sax player) Bill Clinton and Hillary Clinton sitting in the front row. When not touring, Chase makes his home in New York City. 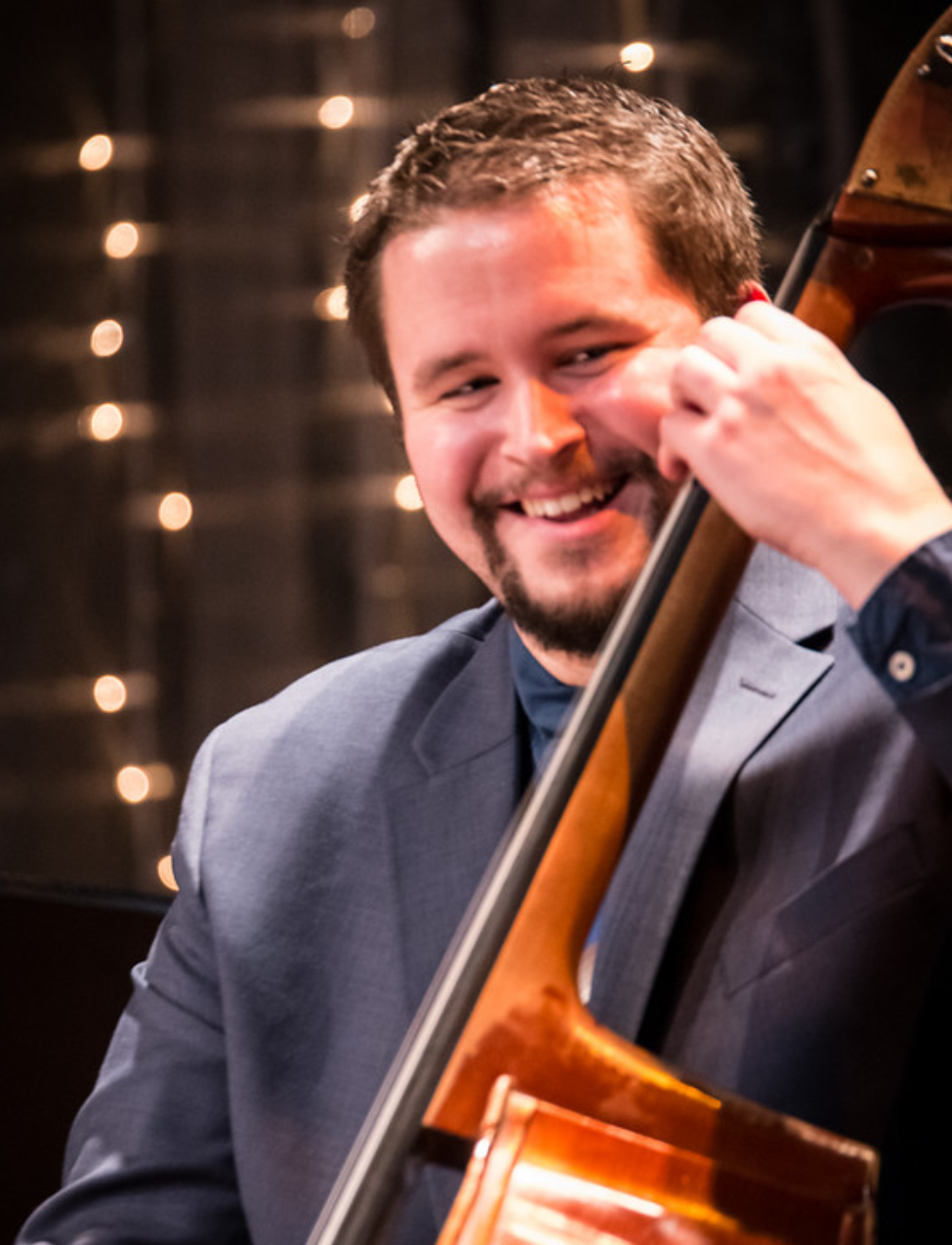 Philip’s bass playing was recently featured on Disney/Pixar’s Grammy/Oscar/Golden Globe-winning movie Soul. His bass playing represents 85% of the onscreen bassist and incidental jazz music. He also recorded on Jonathan Batiste’s Grammy Nominated album “Anatomy of Angels - Live at the Village Vanguard”. In 2020, he also collaborated with Quincy Jones on an extensive arrangement of “Ode to Joy” for the Beethoven Orchester Bonn’s performance in Germany for Beethoven’s 250th Anniversary. He earned his Bachelor’s and Master’s Degrees in Music - Jazz Studies, from the Juilliard School, where he studied with Ron Carter, Ben Wolfe and David Grossman. He is a clinician for Jazz at Lincoln Center’s Essentially Ellington Program. During his time in the New York and worldwide Jazz and Music Scenes, he has worked on numerous occasions with Wynton Marsalis’s groups: The Jazz At Lincoln Center Orchestra, and The Wynton Marsalis Octet and Quintet. He has toured with Harry Connick Jr., Branford Marsalis, Jonathan Batiste, Veronica Swift, Cyrille Aimee and Emmet Cohen, and recorded with Khristian Dentley of Take 6, Kirk Whalum and Jonathan Batiste. He has also performed/recorded with Roy Hargrove, Randy Brecker, on ABC’s “The View” with Tony Bennett, at the White House and Kennedy Center with Dr. Billy Taylor and Branford Marsalis, The New York Voices, Cyrille Aimee, Joel Frahm, Justin Kauflin and Anthony Hamilton at the Sundance Film Festival in 2016. He completed a 24-song transcription portfolio of pre-1960 songs for Harry Connick, Jr. In September of 2016, he recorded on Jonathan Batiste’s “Christmas with Jon Batiste”, which featured Philip’s bass playing and string/choral arrangements. One of those arrangements was performed on CBS’ “The Late Show with Steven Colbert”. Philip has also had one of his own compositions performed on the show. In June of 2018, he was the Music Director for a concert featuring Jonathan Batiste for the Gallivan Center’s 25th Anniversary in Salt Lake City, UT. Originally from Lucernemines, Pennsylvania, he has been Director of Jazz Studies at Snow College since 2014. 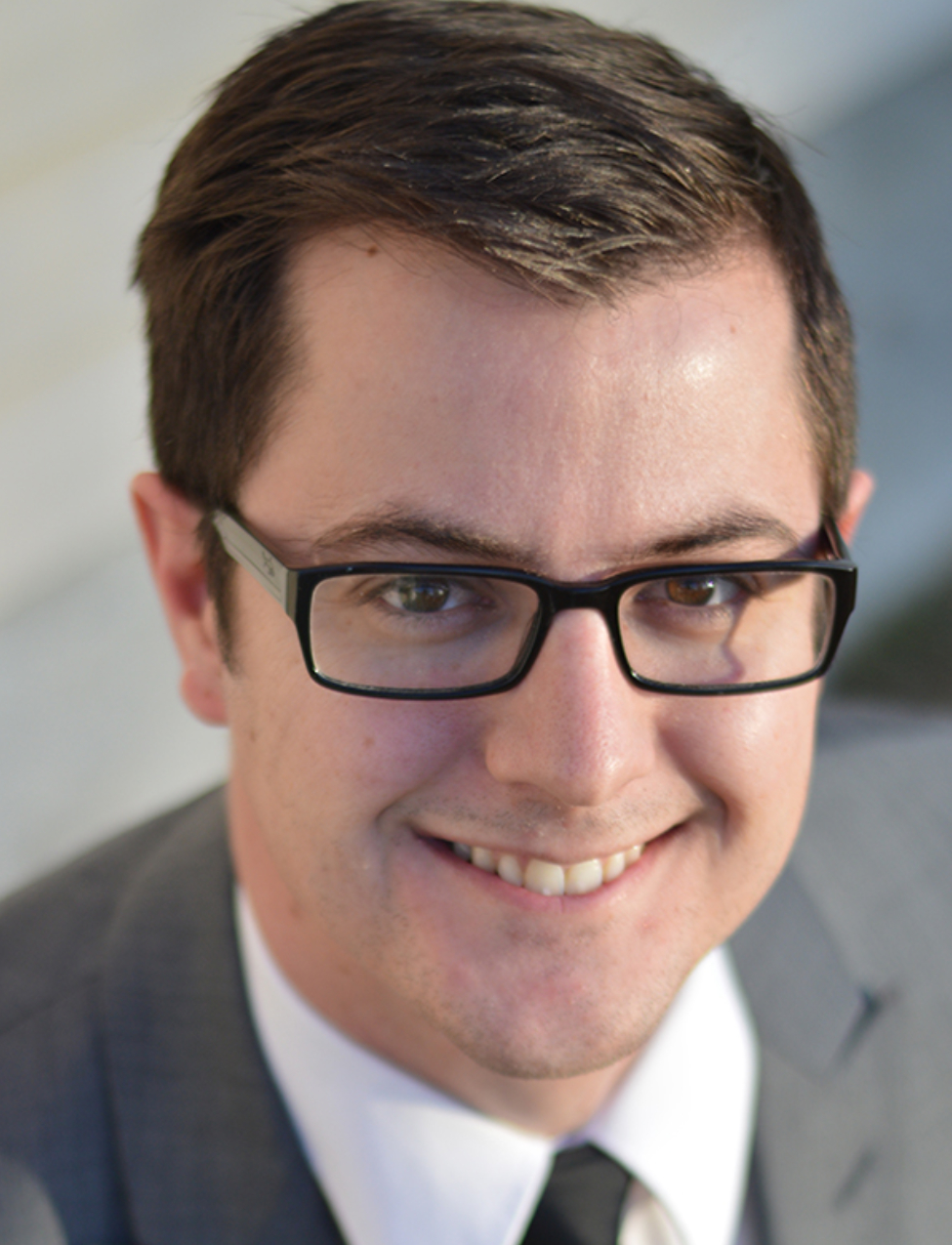 Matthew Weidner is an aspiring composer, conductor, educator and  jazz pianist. He picked up piano at the age of six where he quickly developed a love for music and composition. He produced his first album at age 15 and wrote his first piano concerto at age 17. In 2008 he was selected as the pianist for the IAJE C.C All Star Band and has freelanced as a jazz musician ever since.  He holds an A.S. from Snow College and graduated Magna Cum Laude from the University of Utah in Music Education. For the last six years, Matthew has worked mainly as a teacher and in 2015 Legacy Music Alliance named him a “Rising Star” in music education. Over the course of the last year, his love for composing was rekindled while finishing a MMMT in Studio Production at Southern Utah University and he now writes for film, TV and video games.