A Look at the Station

Settlers of the surrounding valleys found that the pristine conditions of the Wasatch Plateau, with thick and tall vegetation, provided “perfect” grazing land for sheep. By 1900 it was estimated that there were between 800,000 and 1,000,000 sheep on the mountain. However, with grazing came unforeseen problems. The sheep ate everything that was green.  Sanpete residents could count the herds of sheep on the mountain by the dust clouds they could see from the valley. The connection between over grazing and flooding was not known at the time, and in 1889 the first severe flooding hit the valley communities below the Wasatch Plateau. Flooding became a perpetual problem with farms, fields, irrigation systems, roads, power lines, and railroads washed out or covered with mud, trees, and large boulders. The citizens petitioned for assistance, and in response to requests from local and state officials, the Federal government established the Utah Experiment Station in 1911. The Station, which later became known as the Great Basin Experiment Station, was created as a research facility to find the causes of, and remedy to, the catastrophic floods. The problems of flooding were successfully resolved and for the following 60 years the Station was integral in watershed and rangeland research.

During the first few summers, the station consisted of nothing more than a collection of tents. Construction started in 1912 on the Director’s residence, office & laboratory (Museum), Assistant’s residence (which burned down), and barn (was built where the parking lot currently is). The Palmer Garage was later built in the 1920s. Then again during the 1930, the Station was expanded and the Plummer House, Dining Hall, Lodge (which replaced the assistant’s residence), and several out-buildings were constructed by the Civilian Conservation Corps (CCC). The Station became a thriving little “community” each summer when researchers, technicians and Station employees’ families took up residence.

In time, the need for on-site research diminished and research was moved from the original site in Ephraim Canyon to more modern facilities in the urban areas of the state. The old station sat virtually unused for decades and fell into disrepair. However, due to its historic importance and heritage, Snow College, the USDA Forest Service, and the city of Ephraim partnered to find a way to preserve the facilities. Through the vision, dedication, and hard work of those involved, the old research station was given an expanded role, and a renewed future for the generations to come. Snow College took over the responsibility of managing the Station in 1992.

If you are at the Station make sure to take the time to visit the museum, where you can get a glimpse of the history that occurred here. 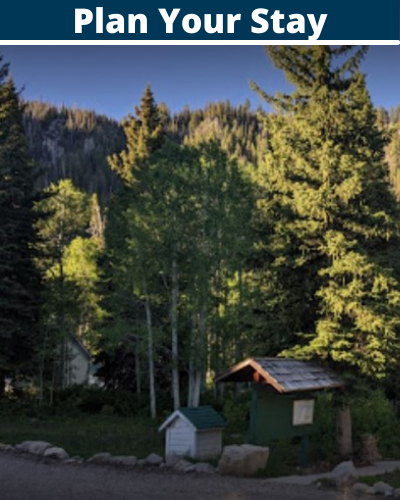