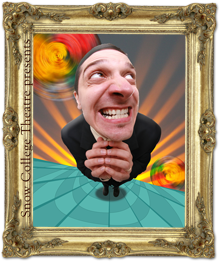 Playwright Don Cutter, accompanied by Wing, his proverb quoting Chinese valet, goes to the Cutter mansion to finish his latest play in peace and quiet. It's been deserted for years and reputedly haunted. Don's astonished when he finds the house tenanted by some very strange people including "Mr. Hyde" and "Lady Macbeth." They're harmless lunatics but Don doesn't know this. Then there's Lucille, a beautiful girl inmate with an amazing story of persecution and intrigue. Don's about to rescue her when his fiancee and her mother arrive. Then everything happens---including talking ghosts, screaming women, disappearing guests and for a climax, and an escaped murderer fleeing for his life appears. When the curtain falls your audience will be weak from laughter.