The Snow College Athletic Department and Alumni Association are proud to introduce a celebration of the rich athletic legacies of former student-athletes who have helped bring recognition, honor, distinction, and excellence to Snow College. The Snow College Athletic Hall of Fame is established to honor, pay tribute to, and perpetuate the legacy of former athletes, coaches, teams, and supporters who, either through participation, devotion and/or interest, have made outstanding contributions to intercollegiate athletics.

Nearly a century of Badger athletic history has been reviewed by a committee of faculty, staff, alumni, and community members. They have reviewed the accomplishments of hundreds of athletes who have proudly worn Snow College uniforms. The committee’s vital task was to identify deserving athletes who will be recognized in the inaugural group of the Snow College Athletic Hall of Fame. The first induction class recognizes 19 individuals and one team, representing excellence from nine sports and every decade of Badger athletics.

Snow College Athletics and the Alumni Association are proud to present the 2016 Athletic Hall of Fame Inductees: 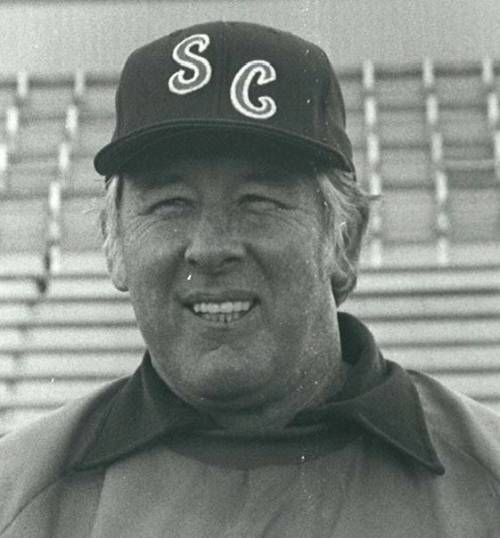 Recognition: Coach Criner’s successful coaching style has been recognized by the following honors: 1985 Junior College Coach of the Year, Head Football Coach of the 1985 National Junior College Championship Team. He was given the key to the City of Ephraim by Mayor Jensen, Governor Bangerter proclaimed January 17th “Snow College Day” in honor of the 1985 National Championship Football team, was honored by the Freedoms Foundation at Valley Forge - Utah Chapter, and received the “We Believe In Heroes Award”.

Excellence: While coaching at Snow, he produced 3 All-Americans, 15 All-Conference players, and a perfect 10-0 regular season to go along with their national championship in 1985.

Coach Criner now lives a quiet life in Gardnerville, NV where he likes to spend time with his family. 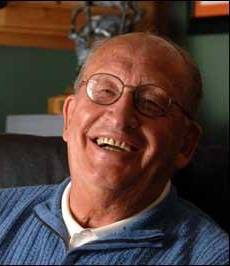 Called a “Sports Legend” by those familiar with basketball, J. Boyd “Tiny” Grant began as a player at Snow College before completing his playing days at Colorado State University. But it was on the sidelines as a coach where Grant truly found his calling in life. He became an assistant coach for fellow Snow College Athletic Hall of Famer Jim Williams for 10 years at Colorado State. “Coach Williams treated me like a son.” Grant recalled. As head coach of College of Southern Idaho Grant led the Golden Eagles to the NJCAA Men's Basketball National Championship in 1976. He was inducted into the CSI Athletic Hall of Fame in 1999.

NCAA: Grant entered the ranks of NCAA Division I level head coach in the fall of 1977 when he took over a struggling program at Fresno State and turned them around, eventually leading the Bulldogs to the National Invitational Tournament Championship in 1983. After becoming the winningest coach in Fresno State history with a record of 194-74 in nine years, Grant returned to Colorado State University in 1987 to take the helm at his alma mater where he compiled a record of 81-46 in four years which included two more NCAA bids and two titles in the Western Athletic Conference. At age 57, Grant retired from coaching in 1991 as one of the most respected coaches in the NCAA with a career record of 275-120 over 13 seasons during which he won five conference championships and never finished a season with a losing record. 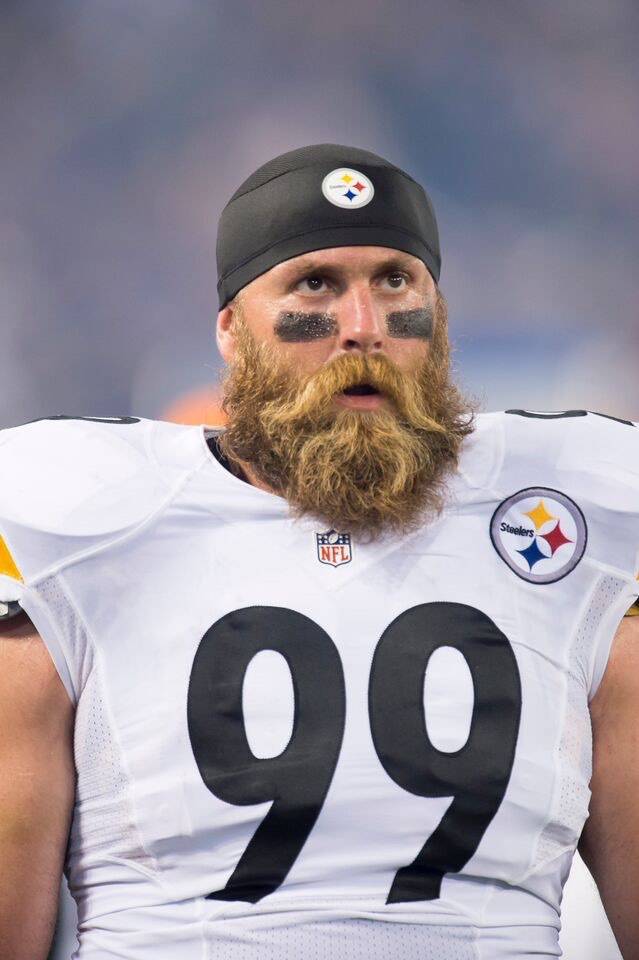 Keisel was red-shirted at BYU, then came to Ephraim to play defensive end for Coach Paul
Tidwell’s 1994 Snow College football team which finished with a record of 6-2-1 and a #14 national ranking. He finished out his college career at BYU where he recorded 66 tackles including nine sacks and 19 tackles for loss, earning All-Mountain West Conference Honorable Mention status along the way.

High School: Keisel was named USA Today’s Wyoming Football Player of the Year during his high school years at Greybull High School in Greybull, Wyoming, where he also played basketball and track. In his senior year at Greybull, Brett caught 53 passes for 1,092 yards, led his team with 113 tackles, threw two option passes for TD’s and scored 130 points. He was inducted into the Wyoming Sports Hall of Fame, Class of 2007.

Brett Keisel spent 13 years playing for the Steelers, starting in over 100 games and picking up 421 tackles, 30 sacks, two interceptions and a 79-yard touchdown. He was selected to the 2010 Pro Bowl when the Steeler defensive front held opponents to an NFL-best, and Steeler team record, 62.8 rushing yards per game. Long called “The Diesel,” he also became noted for his impressive facial hair, which earned its own moniker of “Da Beard,” something which Brett used to help raise more than $250,000 in charity to benefit the Children’s Hospital of Pittsburgh. He has been a fine representative for every organization he has been associated with throughout his career and is one of Snow
College’s most well-known athletes. 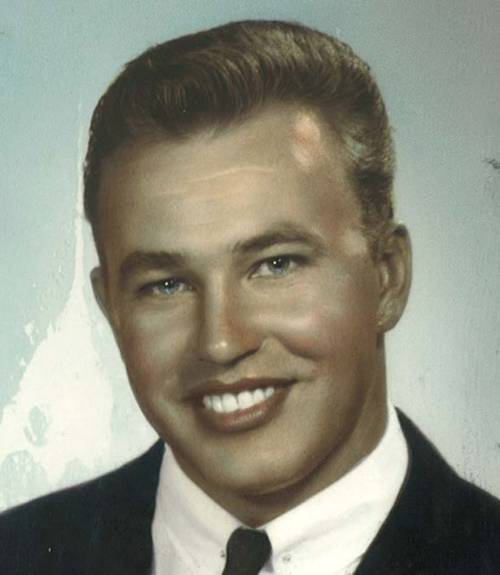 Nielson attended Snow on a football and track scholarship, but also shined in wrestling. His high school years at Delta, Utah, were marked with several awards and recognition in track, which is why Coach Bob Stoddard lobbied so heavily for him to come to Snow.

Snow College: As a fast, yet durable sprinter, he was the anchor leg to beat in relay races and met all of the competitive talk from his rivals with a humble attitude. After breaking his own records several times, Nielson was the standing record-holder in the 440-yard dash, 880-yard dash (2:04.2) and high hurdles (15:3). His team held the record in the mile relay (3:23.4) for many years. Nielson took first place in the half mile consistently with a speed of 2:02.7. The ICAC Track Meet was the most publicized, where Nielson set the most new records in speed even with the gravel tracks that were used at the time.

USU: Nielson went on to Utah State University with another track scholarship where he continued to set new records and place in track meets regularly, proving to be a solid asset to their track team.

He and his wife, Nyra, sent all four of their children to Snow College, and currently have a grandson attending Snow. 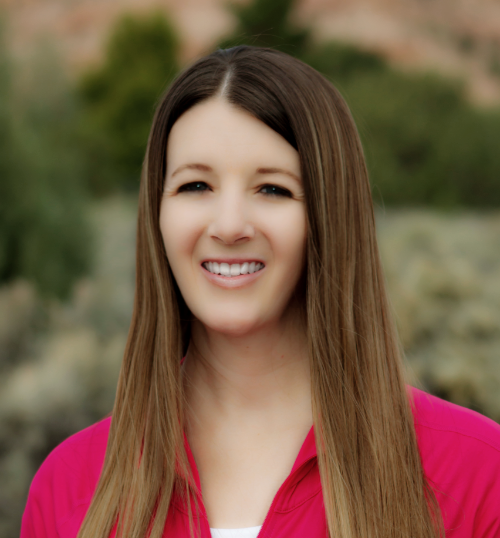 Nicole Paul Bateman led the Lady Badgers her freshman year of 1998-99 with 13.8 points per game,She averaged 48 percent fromthe firle, 35 percent from the 3-point range,and 1.4 steals per game. In the 1999-2000 season over 33 games as a sophomore, Nicole averaged a team high 15.4 points per game; shooting almost 52 percent for the season. She helped lead her team to a 27-6 record and to the Scenic West Athletic Conference (SWA) Championship where they ranked #13 in the nation.

In her sophomore year of 1999-2000, she was named Honorable Mention All-American. She was also awarded the overall "Athlete of the Year" at Snow College (an honor that considers male and female athletes together).

Nicole earned her associates from Snow and she, her husband, and their 4 children now live in Kanab, Utah