By: Utah System of Higher Education

For the third year in a row, Utah has the highest percentage of high school graduates who didn’t complete the Free Application for Federal Student Aid (FAFSA) — 55%. According to an analysis by NerdWallet, Utah seniors missed out on an estimated $36 million of Pell Grant aid (no repayment required) as they moved on to college. Completing the FAFSA is the primary way to receive grants and scholarships in college. Most Utah universities and colleges – both private and public –  require completion of the FAFSA to receive any aid. Starting with the class of 2019, Utah high school seniors applying for the Regents’ Scholarship will be required to complete the FAFSA.

Nationally, it’s estimated that over half of the 1.2 million 2017 high school graduates who didn’t complete the FAFSA, would have qualified Pell Grant dollars for college – missing out on more than $2.3 billion in gift aid. 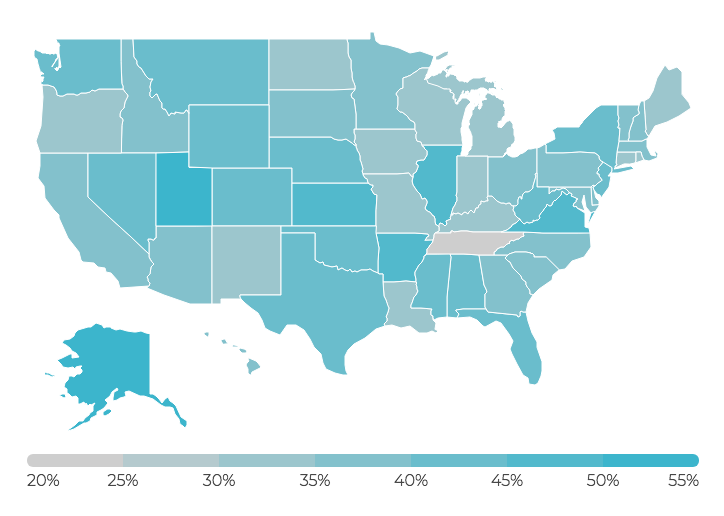 Federal Pell Grants are the largest source of gift aid available. More than 113,000 students received Pell grants in 2016-17. The largest proportion (24%) are students attending Western Governors University, who reside all over the country. Students at Utah’s public colleges and universities received approximately half of the Pell funds granted in Utah – even though it’s estimated 80% of all Utah college students attend a public institution. 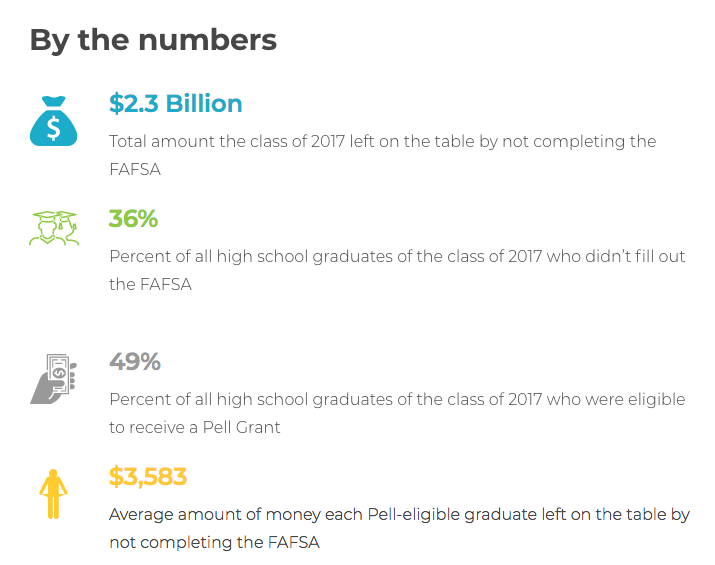 The average Pell Grant award in Utah is $3,638, slightly above the national average. The maximum award is $5,920 annually which covers all of tuition and fees for 5 of Utah’s public universities and colleges.